Daily Joke: An out-of-towner drove his car into a ditch 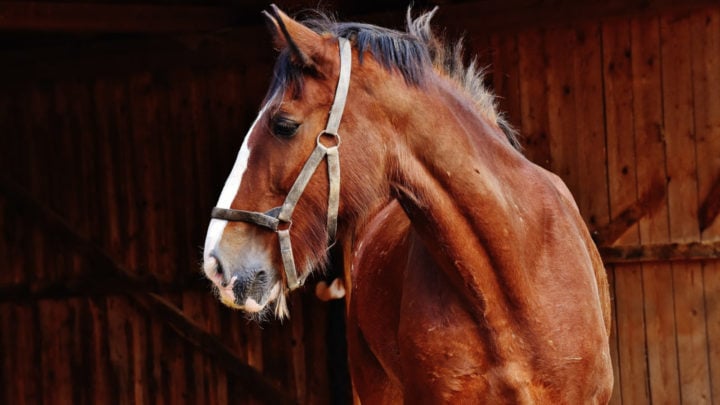 And the horse easily dragged the car out of the ditch. Source: Pexels.

An out-of-towner drove his car into a ditch in a desolated area. Luckily, a local farmer came to help with his big strong horse named Buddy. He hitched Buddy up to the car and yelled: “Pull, Nellie, pull.” Buddy didn’t move.

Once more the farmer commanded: “Pull, Jennie, pull.” Nothing.

Then the farmer nonchalantly said: “Pull, Buddy, pull.” And the horse easily dragged the car out of the ditch.

The motorist was most appreciative and very curious. He asked the farmer why he called his horse by the wrong name three times.

The farmer said: “Oh, Buddy is blind, and if he thought he was the only one pulling, he wouldn’t even try!”

Daily Joke: Len from Canada had heard stories of a family tradition

All of his life Len from Canada had heard stories of an amazing family tradition. It seems that his father, grandfather and great-grandfather had all been able to walk on water on their 21st birthday. On that day, they’d walk across the lake to the boat club for their first legal drink.

So when Len’s 21st birthday came around, he and his pal took a boat out to the middle of the lake. Len stepped out of the boat and almost drowned!

His friend just managed to pull him to safety. Furious and confused, Len went to see his grandmother. “Grandma, it’s my 21st birthday, so why can’t I walk across the lake, like my father, his father, and his father before him?”

Daily Joke: A retired army vet went for his annual check up

An old retired army vet went for his annual check up with the doctor. After looking him over, the doctor asked: “When was the last time you had sex?”

The man paused for a moment as he thought about his response. Finally he answered: “1955, I believe.”

“Wow! It’s been a long while then?” the doctor replied.