Starts at 60 Daily Jokes: A husband finds his wife crying at home 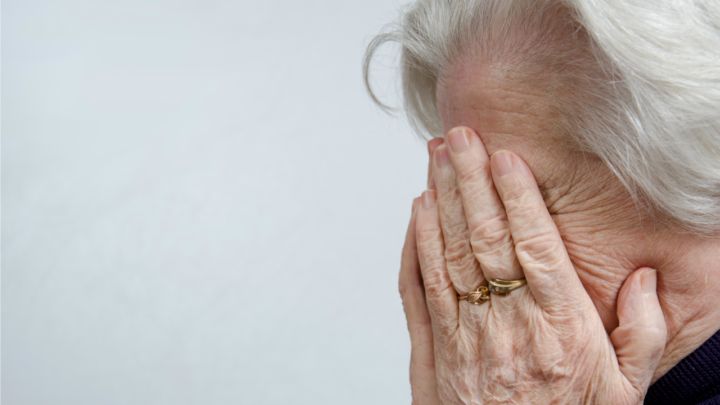 His wife was in sobs when he walked in. Source: Getty

Upon arriving home, a husband is met at the door by his sobbing wife. Tearfully she explains: “It’s the pharmacist. He insulted me terribly this morning on the phone!”

Angrily, the husband drives down to the chemist to confront the pharmacist and demand an apology. However, before he says a word the pharmacist tells him: “Now, just a minute, listen to my side of it. This morning the alarm failed to go off, so I was late getting up. I went without breakfast and hurried out to the car, just to realise that I locked the house with both my house and car keys inside. I had to break a window to get my keys. Then, driving a little too fast, I got a speeding ticket. Later, when I was about three blocks from the store, I had a flat tyre. When I finally got to the store there was a bunch of people waiting for me to open up.

“I opened the store and started waiting on these people, and all the time the damn phone was ringing off the hook. Then I had to break a roll of coins against the cash register drawer to make change, and they spilled all over the floor. I got down on my hands and knees to pick up the coins; the phone was still ringing. When I stood up I cracked my head on the open cash drawer, which made me stagger back against a showcase with bunch of perfume bottles on it and believe it or not, all of them hit the floor and broke.

“Meanwhile, the phone was still ringing and would not let up, and I finally got to answer it. It was your wife. She wanted to know how to use a rectal thermometer, and believe me, as God is my witness, all I did was tell her.”

Starts at 60 Daily Joke: A woman was touring around England

A woman was touring around England and after a week was completely fed up with the miserable weather.

“I have been here for a week and all it’s done is rain!” she complained to her tour guide.

“Well, when do you have summer here?” the frustrated woman asked.

“Well, that’s hard to say,” the tour guide shrugged. “Last year it was on a Wednesday.”

Starts at 60 Daily Joke: A blonde was working as a painter

A blonde was working as a painter during summertime. She was busy painting the outside walls of an office in the summer heat when one of the business men walked outside and saw her.

He noticed she was wearing two heavy jackets and asked the woman why she had so many layers on during such a hot day.

The blonde rolled her eyes and pointed at the instructions on the paint can. It read: “For best results, put on two coats.”