Daily Joke: Two men were working at the sawmill 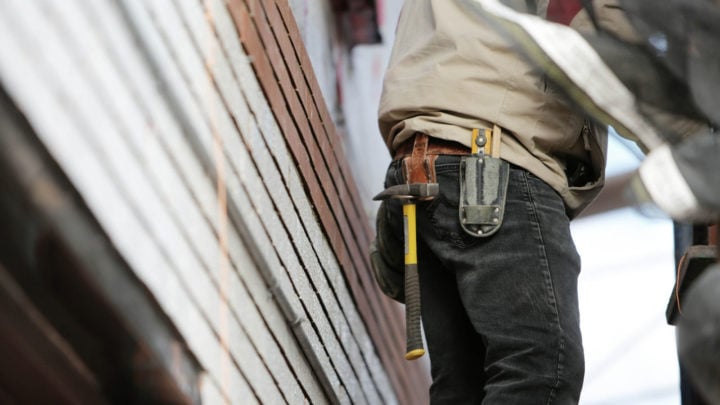 It fell in the sawdust pit so he jumped down into the pit to look for it. Source: Pixabay.

Two men were working at the sawmill when one guy got too close to the saw and cut his ear off. It fell in the sawdust pit so he jumped down and hunted around to try and find it.

The second guy saw him and hollered down: “What’re you doing?”

The first man explained that he had cut off his ear and was looking for it.

The second guy jumped in the pit and said: “I’ll help you.”

He was searching around on his hands and knees when he yelled out that he had found it and held up an ear.

The first guy took it, examined it closely and said: “Keep looking. Mine had a pencil behind it.”

Daily Joke: A train company was taken to court

In a terrible accident at a railroad crossing, a train smashed into a car and pushed it nearly four hundred yards down the track. Though no one was hurt, the driver took the train company to court.

At the trial, the engineer insisted that he had given the driver ample warning by waving his lantern back and forth for nearly a minute. He even stood and convincingly demonstrated how he’d done it. The court believed his story, and the suit was dismissed.

“Congratulations,” the lawyer said to the engineer when it was over. “You did superbly under cross-examination.”

“How’s that?” the lawyer asked.

“I was afraid he was going to ask if the damned lantern was lit!”

Two men got a pilot to fly them into the far north for hunting. They were quite successful in their venture and bagged six big elk. The pilot came back, as arranged, to pick them up.

They started loading their gear into the plane, including the six elk. But the pilot objected and he said: “The plane can only take four of your elk; you will have to leave two behind.”

The pair argued with him saying the year before they had shot six and the pilot had allowed them to put all aboard. The plane was the same model and capacity. Reluctantly, the pilot finally permitted them to put all six aboard. But when the attempted to take off and leave the valley, the little plane could not make it and they crashed into the wilderness.

Climbing out of the wreckage, one hunter said to the other: “Do you know where we are?”

“I think so,” replied the other hunter. I think this is about the same place where we landed last year!”