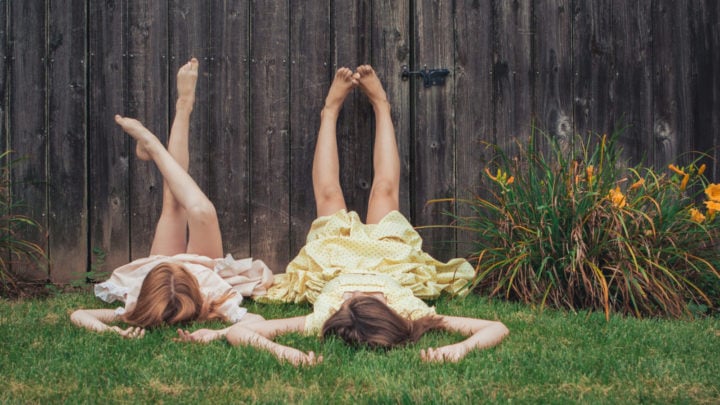 One of the girls asked a question. Source: Getty.

Two little girls were playing together one afternoon in the park when one said: “I wonder what time it is?”

“Well, it can’t be four o’clock,” replied the other with magnificent logic.

“How do you know,” asked the first girl.

“Because my mother said I was to be home by four o’clock and I’m not.”

Daily Joke: A family owned a farm in Canada

The Collins family owned a small farm in Canada, extremely close to the North Dakota border. For generations, their land had been the subject of a minor dispute between Canada and the United States. Mrs Collins, who had just celebrated her ninetieth birthday, lived on the farm with her son and two grandchildren.

One day, her son rushed into her room with a letter in his hand. “Mom, I have some news,” he said. “The government has come to an agreement with the people in Washington. They’ve decided that our land is really part of the United States. We have the right to approve or disapprove of the agreement. What do you think?”

“What do I think?” his mother replied. “Jump at it! Call them immediately and tell them we accept. I don’t think I could stand another one of those Canadian winters!”

Daily Joke: A father is asked a question by his friend

A father is asked by his friend: “Has your son decided what he wants to be when he grows up?”

“Yes, he wants to be a garbage collector,” he replies.

To this, his friend responds: “Strange ambition to have for a career.”

“Well, he thinks that garbage collectors only work on Tuesdays.”