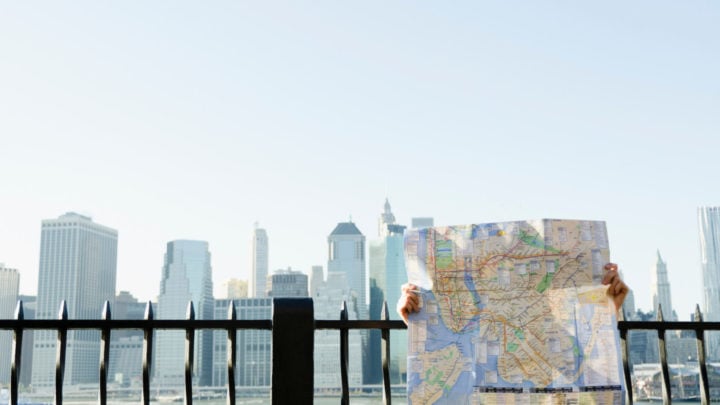 The tourist asked the local for directions. Source: Getty.

A confused man with a map in his hand approached a local man in the city he was visiting.

“What’s the quickest way to get downtown?” he asked.

The local man scratched his head, and said: “Are you walking or driving?”

An 80-year-old man married a woman less than half his age and took her off on honeymoon to the Caribbean. When he returned home, his sister asked him how it had gone.

“Oh, it was wonderful,” he said. “We made love almost every night.”

“That’s quite a feat at your age,” said the sister.

Daily Joke: A bus driver had a difficult customer

One day, a bus driver was heading along his usual route. No problems for the first few stops, a few people got on, a few got off, and things went generally well.

At the next stop, however, a big hulk of a guy got on. Six foot eight, built like a wrestler, arms hanging down to the ground. He glared at the driver and said: “Big John doesn’t pay!” and sat down at the back. Naturally, the driver didn’t argue with Big John, but he wasn’t happy about it.

The next day the same thing happened – Big John got on again, made a show of refusing to pay, and sat down. It carried on like that every single day throughout the summer. This grated on the bus driver, who started losing sleep over the way Big John was taking advantage of him. Finally he could stand it no longer. He signed up for body building courses, karate, judo, and all that good stuff. By the end of the summer, he had become quite strong; what’s more, he felt really good about himself.

So the next day, Big John once again got on the bus and said: “Big John doesn’t pay!”

The driver stood up, glared back at the passenger, and screamed: “And why not?”

With a surprised look on his face, Big John replied: “Big John has a bus pass.”