Daily Joke: An old couple met at a singles dance 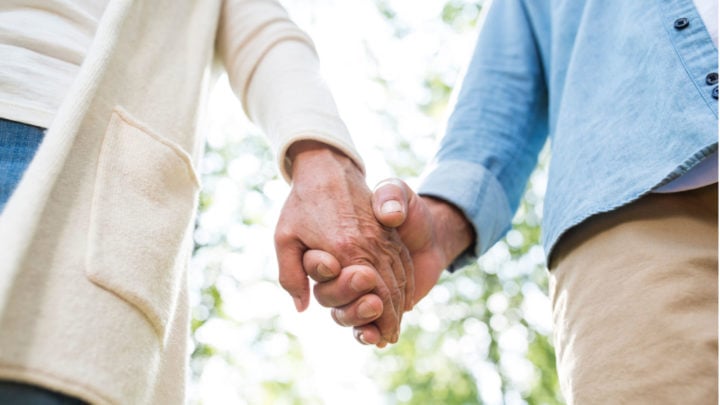 The duo danced and talked and laughed, and just hit it off great. Source: Getty.

They continued to see each other for a while and enjoyed each other’s company so much, and danced so well together, that they decided to get married.

On their wedding night, they went to bed and he reached over and took her hand and squeezed it. She squeezed his hand back, and they went to sleep.

On the third night, he reached over and took her hand, and she said: “Not tonight, honey, I have a headache.”

Daily Joke: A man was holding a baby ape in his arms

A man was walking down the street with a baby ape in his arms when a friend stopped him and asked what he was doing.

“I just bought this ape as a pet. We have no children; so he’s going to live with us – just like one of the family. He’ll eat at the same table with us. He’ll even sleep in the same bed with me and my wife.”

Daily Joke: An Irish man walks into the pub

An Irish man walks into a pub. The bartender asks him: “What’ll you have?”

The man says: “Give me three pints of Guinness please.”

So the bartender brings him three pints and the man proceeds to alternately sip one, then the other, then the third until they’re gone. He then orders three more.

The bartender says: “Sir, I know you like them cold. You don’t have to order three at a time. I can keep an eye on it and when you get low I’ll bring you a fresh cold one.”

The man says: “You don’t understand. I have two brothers, one in Australia and one in the States. We made a vow to each other that every Saturday night we’d still drink together. So right now, my brothers have three Guinness Stouts too, and we’re drinking together.”

The bartender said to him: “I know what your tradition is, and I’d just like to say that I’m sorry that one of your brothers died.”

The man said: “Oh, me brothers are fine – I just quit drinking.”