Daily Joke: A driver had to apologise to a farmer 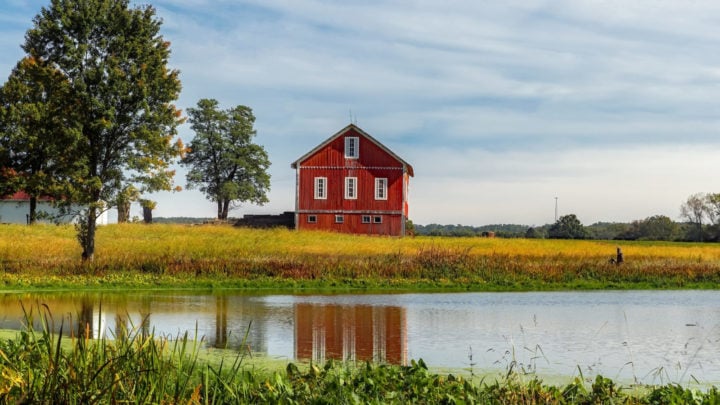 The man apologised to the farmer. Source: Pexels.

A driver was heading down the motorway when he hit a calf that was crossing the road. He sought out the owner of the calf and explained what had happened. He then asked what the animal was worth.

The driver sat down, wrote out a cheque and handed it to the farmer.

A young married couple lived in a cheap housing complex near the base where the man was working.

Their chief complaint was that the walls were paper-thin and they had no privacy. This was painfully obvious when one morning the husband was upstairs and the wife was downstairs on the telephone. She was interrupted by the doorbell and went to greet her neighbour.

“Give this to your husband,” he said thrusting a roll of toilet paper into her hands. “He’s been yelling for it for 15 minutes!”

Daily Joke: A man tries to enter a bar

There is this corner bar that has three entrances, one on each street, and one on the corner. A drunk walks into one entrance and the bartender refuses to serve him, telling him he is too drunk.

So, the drunk leaves, stumbles down to the corner where he finds the second entrance. He enters and is refused service once again. He stares at the bartender, falls back out into the street, turns the corner, and finds the third entrance.

He goes back into the bar, sees the bartender, and stops dead in his tracks. After studying the bartender for a long moment, he exclaims: “Good grief! Do you own all the bars in town?”