Daily Joke: A customer called the waiter over to complain 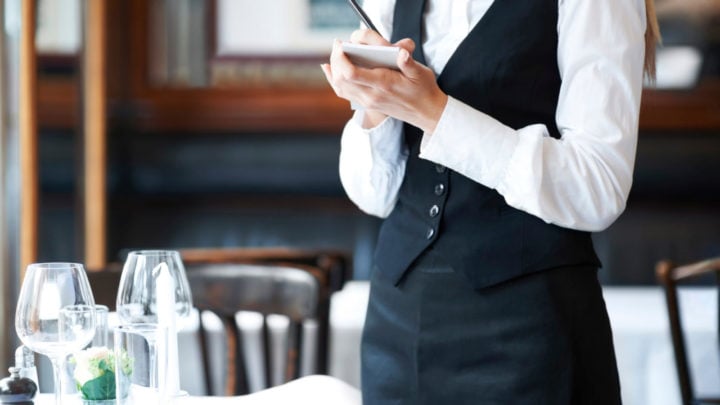 After a moment, they called the waiter over and said: “Waiter, these are very small oysters!” Source: Getty.

A customer in a waterfront restaurant received their food. After a moment, they called the waiter over and said: “Waiter, these are very small oysters!”

The waiter replied: “Yes sir, they are very small.”

“Also, they do not appear to be very fresh!” the customer added.

The waiter shrugged and responded: “Then it’s lucky they’re small, ain’t it sir?”

A little boy opened the big, old family bible with fascination and looked at the worn-out pages as he turned them.

Suddenly, something fell out of the Bible. He picked it up and looked at it closely. It was an old leaf from a tree that had been pressed in between the pages.

“What have you got there, dear?” his mother asked.

With astonishment in his voice, the young boy answered: “I think it’s Adam’s suit!”

Jack went to confession at his local church while a friend waited outside. “It’s been a week since my last confession, Father,” said Jack. “And I must confess that I have sinned of the flesh.”

“Was it Mary Dwyer, that hussy from the pub down the road?”

“Was it Daisy Kettering, from the grocer two blocks over?”

“Was it Maureen Clarke, the school nurse?”

Outside, Jack met up with his friend.