InstagramFollow us on Instagram
chevron_right
In Books on Wednesday 12nd Apr, 2017 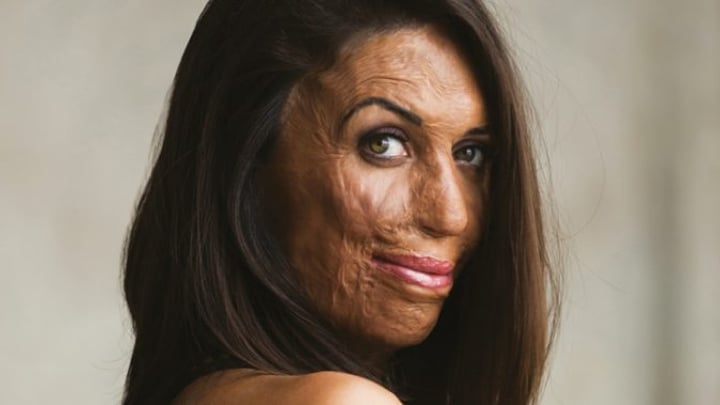 In the newly-released Unmasked, Turia Pitt (with co-writer Bryce Corbett) tells of her journey through misadventure to a new life despite (or, perhaps more correctly, because of) near-terminal injury.

Turia’s story is not necessarily unique – except in itself – because others have overcome adversity, injury, massive odds and highly debilitating illness to rebuild their lives, and more will again. Nonetheless on reading about her, one feels close, even wanting to reach out and absorb some of the indescribable pain she endured.

Most will be familiar with Turia’s continuing reconstruction and rehabilitation: She was horribly burnt in a bushfire in the Pilbara five years ago, competing in an ultramarathon. Earphones on – music her constant, driving companion – and eyes down, concentrating on the tricky footing as she ran through a gorge, she was unaware of the looming fire threat until too late. A wall of flames advanced towards her and four other competitors. 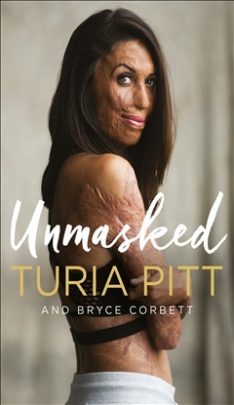 Running forward was to face certain death, attempting a return through the entry to the gorge too far and out of the question; seeking a crevice or a depression among rocks might save her. She fled uphill to a rocky ledge, flames licking at her, melting her clothes, setting her hair alight. At one stage she realised her hands and arms were on fire. Amazingly, despite full depth burns to arms, legs, face and much of her trunk, Turia survived the ordeal, but this was only a start.

Brave rescuers, including a helicopter pilot, got her to Kununurra Hospital. From there she was transferred to Darwin. Within two days, Turia was in ICU at Sydney’s Concord Hospital. Days, weeks and months of intense, excruciating clinical repair commenced, perhaps the hardest aspect being what she terms ‘anticipatory pain,’ knowing the torment each day’s new treatment would bring.

Physios got her out of bed and walking. An early test was for her to use steps but the experience was so agonising she could initially manage none; then one. In time, with further therapy and through sheer determination, she managed a full flight of stairs. Proudly, she mentioned it to her surgeon. He responded by saying,

‘One flight only? You know there are nine of them… in the hospital?’
‘He knew… the best way to get me to do something was to tell me I couldn’t do it. Eventually, one day I walked… all two hundred and thirty-four (stairs). It took three hours. When I told the surgeon he just smirked. I was in intense pain for four days afterwards – but it was worth it.’

Unmasked is much more than a book about a 24-year-old who suffered and survived dreadful burns. The life of Turia Pitt is interesting in the extreme and I must say, even as a (very) senior male, I find her thoroughly inspiring. We learn of her family, their life at Ulladulla, meeting Michael Hoskin, ‘(His) gentle, quiet yin to my brash, extroverted yang’, her determination to succeed, going on to complete two degrees, and heading off to a mining position in the Pilbara. Almost before she sets out on her career, a bushfire gets in the way. It slows her down, but only for a while.

There are many people who help her pull through the trauma of burns to 60% of her body, obviously including her surgeons and other hospital staff. But on top of the list are two very special people, her mother, Celestine, and the man who stood by her through it all, the perfect foil, the easygoing Michael.

One especially touching part of the story relates to Michael and a diamond ring he saw when they lived at Kununurra. He phoned the lady at the store to buy the ring. When it arrived, he gave it to his father with the explanation that, should Turia survive, he will marry her.

‘Don’t tell anyone in case she doesn’t pull through.’
Dad hugged me and said, ‘Good on you, mate.’
It was a father-son secret for four years.

Now, please stop for a moment and consider someone who has survived such massive burns trauma being challenged to walk across a bed of glowing coals. It happened to Turia, but you’ll have to read well through her exciting book to find out how she coped with the situation.